Top 4 Perks & Tortures Of Being an Accountant

I remember the day I had to decide what I wanted to be as the deadline for the submission of the UPU form was drawing near. We were also given a booklet containing a list of possible professions and the number of distinctions and credits required to apply for that particular course. As I look at the endless possibilities of possible professions, I realised that though I may like the idea of becoming an interior designer for example, I’m actually bad at it. I just don’t have the flair. Parents would also further complicate matters as they too would want the best for me. Stability and the ability to generate income are of the utmost importance to them while interest is listed somewhere near the bottom of the list.

I can still recall when my dad arranged for me to have a chat with a friend of his who is an accountant. Recalling how bored I was when I had to study commerce when I was in form one till form three, the prospect of becoming an accountant didn’t excite me initially. But after the chat I had my mind set and signed up my career to being an accountant. Over the years, I’ve learned the ups and downs of being an accountant. I’ve listed below my top 4 picks of perks and tortures to shine the light on those still clueless about what being an accountant is all about.

4 Perks of being an Accountant:

It can be a highly paying profession with the shortest years of experience required if you plan your career path well. You could be earning a five figure salary in as fast as within 6 years upon graduation if you choose the right area of specialization. You could be owning assets, holidaying in the Bahamas and be debt free by the age of thirty. Need I say more? Who wouldn’t want that hands up please? 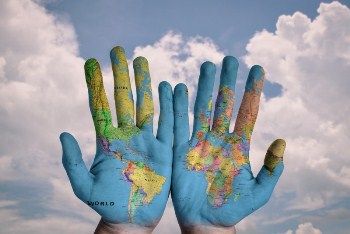 The professional membership such as CIMA, ACCA, ICAEW, ACA are recognized globally which only means……the world is your oyster when it comes to applying for jobs internationally. The globally recognised membership will enable you to apply for jobs anywhere in world. The only additional requirement would be for you to be familiar with the country’s local law, taxes and standards. Most countries nowadays however have adopted the international accepted accounting standard IFRS, so it is more of understanding the laws and taxes of the respective countries.

3. Equipped To Manage Your Own Finances

“You are the best advisor to yourself.”

The advantage of managing other people’s money is that you pick up a few pointers in managing your own. You’ll know where to invest, when to invest and how to manage your taxes. While other new recruits are still struggling to apply for a credit card, you have the added perks of receiving a credit card with waived lifetime annual fee, the benefit of being a member of a professional body, it adds credence to your creditworthiness.

“Corporate ladder and beyond.”

Did you know that many of the Fortune 100 companies’ Chief Executive Officers (CEOs) are accountants? According to a report by UK recruitment firm Robert Half, one in every four FTSE 100 CEOs are Chartered Accountants. What does that tell you? That being an accountant may open many doors of opportunities due to the unique nature of the job. Being an accountant you are exposed to other areas within the business, making you well versed in the operation of the business and not just the financial side of things. If managing someone else’s business is not your ultimate goal but rather to be your own boss, then the accounting profession will provide you the insight and also the contacts i.e. networks to enable you to start your own business. The insight you will gain will not only be in the form of how to run the business but also the pitfalls to avoid.

If you want to be highly paid, you’ll need to be certified and the certification process is very tough with some never making it through. I’ve come across people who just gave up completely trying to pass the professional papers as they couldn’t take the mental stress of retaking their exams. You would think it gets easier the second or third time around but unfortunately is isn’t. Certain qualification such as ICAEW which requires you to study while you work makes it even more difficult to pass but if you do then the membership will open many doors for you.

“When work becomes your life.”

Depending on the areas of specialisation it can mean long, gruesome hours. Work life balance will be practically non-existent. It is a well-known fact that audit firms have the highest staff turnover rate due to the long, gruesome hours and minimal staff benefits and remuneration. To be a qualified and well sought after accountant, you will unfortunately have to undergo this rigorous training. But once you get through this stage then applying for high paying position would be easier especially if you’ve worked with one of the big 4 firms. Most of the successful accountants that hold very senior positions in companies would have had their training in one of the big 4 firms.

“Conformity takes the joy out of living life”

Have you heard of the expression boring accountants? Unfortunately due to the profession being in a highly regulated profession, accountants are expected to conform to certain code of conducts. Conforming becomes so common to the point it influences your behavior and character. This stifles their creativity and are perceived as boring. You will occasionally feel just like a moving gear in a big machine, doing your job just to move other parts in the big machine.

“Everything comes with a cost.”

Be wary of tortures disguised as perks. If you hold a regional position which requires frequent travelling, do not mistaken it as perks of the position. More often than not the only part of the city you’ll get to see is the airport. At times you’ll might also end up working during the flight. All that travelling could be taxing to one’s health. If you are not careful you might end up heading straight to the hospital from the airport. Rarely have I ever heard colleagues describing business trips as fun.

Despite the tortures, if you have the perseverance to live through it, the light waiting for you at the end of the tunnel can be very bright and rewarding. So decide well, and once you’ve made your decision stick to your guns till you reach that pot of gold at the end of the rainbow. Nothing good is ever easy and while it is the same across all other careers in the working life with each having their very own perks and tortures, success always come to those who earn it.

5 Cheating Methods You May Not Be Aware Of