5 Tips To Have An Informed Political View

With increased internet access, everyone especially the young are getting more informed – news, sports, or even a dummy’s guide on how to do whatever it may be. However, with the proliferation of information found in the internet, we ought to be a bit more careful and discerning with what we see and read, especially items that are of national concern and security. In this case, news that involves politics and politicians.

Political news can be sensitive as it forms the mindset of the people. People with a fixed mindset are the ones who will decide the fate of the country when they vote and throw support behind a party that initiates campaigns such as rallies, political ceramahs and such. Here are a few ways to properly discern the news that you read or hear about and make informed decisions and judgment before you throw your support behind a certain party or politician. 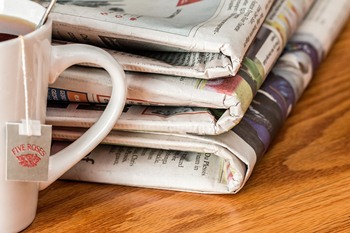 “There’s always 2 sides to a coin, look at both sides.”

It is absolutely imperative that the people know the source of their news before making up their minds in throwing their support behind a party or a certain politician. Like in real life, we ought to know better to find out both sides of the coin before making a decision or judgment.

This is why the people, before making their own assumptions or judgment on a certain story that they read in the news, should seek further information on that particular subject. Imagine ourselves being implicated in the news for something that we didn’t do but the whole country believes that we are guilty of it – this is what politicians often go through in their lives so it won’t be too much wrong to say that a politician’s life is as closely scrutinized as a celebrity’s – maybe even worse!

Always keep an open and neutral mind. Are there solid evidence to support the stories? If so, what is the evidence? Just words from another person? Concrete documents that prove the existence or non-existence of the story? Or other physical proof?

“You need to understand the language first to know what it means.”

In order to attract support, political parties often use the media to achieve their aims. This is why we should never be hoodwinked to believe that all media are free and independent from external influences – they almost always never are! Even established media corporations that are of top worldwide reputation have been accused before of political leanings and biasness in their reporting.

Very often, words cannot be believed in its entirety. More so if it comes from a politician. Understand that in all countries, there is a government. And there are always people who oppose the government. Therefore, it is the nature of opposition parties to oppose the government. It is then therefore the nature of the government as well to find holes in the opposition and run them down to the ground so that they could no longer bite back. Sometimes, if not most times, both parties would even resort to hitting below the belt by running absolutely wild allegations that has no basis whatsoever about the other party. This is a universal truth for all political systems in the world.

3. Beware of Conversations on Politics 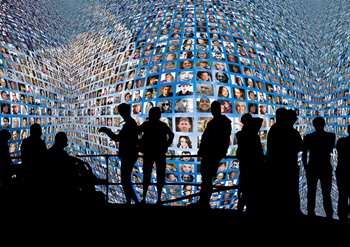 “Everyone’s got thier own perspective to everything.”

All layers of society – be it the old, the young, the poor and the rich, will have their own circle of friends who will almost always influence what they think and how they act. That is the reason conversations about politics can be quite a dangerous thing whether or not we realize it. Words from someone respected or has a high standing tend to leave an impression, so most people are often led to believe what they hear without finding out more information themselves. This is what is commonly termed as the “herd mentality” – imagine ourselves as sheep who just follows the shepherd without any clear directions of where we want to go ourselves and one should get a clearer picture of what this term means. The best way would be to tune in to our own senses. As earlier mentioned, take in information from others, be it positive information or negative. Find out more from the internet or from printed sources. Regardless of the political leanings of the source, read more about the subject before making a judgment or opinion. Do not shut out news from the opposite divide. Case in point: Totally distrusting news that are favourable to the opposition when one is a government supporter, and vice versa. 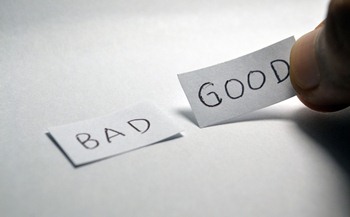 “Obviously think on my behalf too” 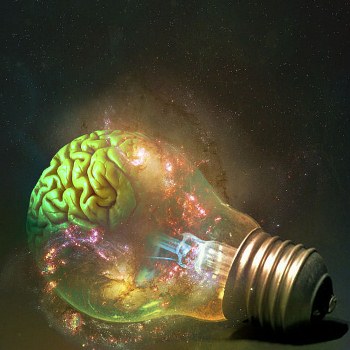 “Be more informed before acting”

Critical thinking can only be achieved with a lot of reading and exposure to such issues. We have become increasingly lazy to find out more so we generally accept the coffee table chatter as the gospel truth. We praise and criticize just for the heck of it without checking any further. We should be having a more informed society that is able to discern the information that they receive before deciding their allegiance towards any party, not a supporter who supports blindly because their friends do that, their parents do that or whatever. Realize that be it the government or the opposition parties, each have their own strengths and weaknesses. Each have positives that they can offer to the people, and in the same time, each have their own sets of problems, i.e. internal strife, widespread corruption allegations, etc.

The country is ultimately run by the people who put the politicians in power. As mentioned earlier, politicians from both sides of the divide anywhere in the world would not hesitate to sling mud and propagate hate towards their opponents – that’s what they must do for their own survival, but we as the general public must be able to think for ourselves and decide which information we want to take in as the truth, or which we want to reject as the untruth. Simply said, we should understand that there are a lot of grey areas in politics, not just black and white.

It is the politician’s and their parties’ duty to attract support and in doing so, it is natural for them to spread negativity towards their opponents either via media or other channels. It is ultimately what we make out of these information that will form what we think and what we believe, and in the end, which party we ultimately support and believe to be able to give us a good and just government that all people deserve.

10 Ways You Can Earn A Side Income As A Student

10 Reasons Why Gaming Is Good For You