Don’t Know If You Are A Cyberbully? Let’s Find Out In 5 steps

“In today’s age, bullies don’t push you into lockers, they don’t tell their victims to meet them behind the school’s dumpster after class, they cower behind user names and fake profiles from miles away constantly berating and abusing good, innocent people. The recent advances in social media have given our generation a freedom of which has never been seen before. Freedom is a beautiful thing, however as freedom and personal liberties expand (and they rapidly are), there needs to be an equal expansion of personal accountability. Right now there is no expansion of personal accountability.”

These veracious, unvarnished words were posted by Cliff Molak on his Facebook account following the suicide of his brother, David Molak, a sophomore at Alamo Heights High School, Texas, who hung himself in his family’s own backyard few years back after being badgered by a string of abusive messages from six to ten cyberbullies who attacked him with unendurable threats, primarily via Instagram. The online threats included “that a group was going to put him in a body bag” and “we’re going to put him six feet under.” David had been one of the many victims of the insufferable cyberbullies. What exactly was David’s fault that he was cyberbullied to this extent? Absolutely nothing. His bullies mentally abused and remorselessly harassed him, for no apparent reason and perhaps for the fleeting sadistic satisfaction of inflicting dominance over another person. Just as most cyberbullies, David’s online bullies also hounded him with repulsive insults of defamation.

David Molak is not the only victim of cyberbullying who surrendered to death. You do not have to be a cyber-saint. However, it does not take too much of an effort to keep yourself away from the cyberbullying zone. But first and foremost, let’s find out if you are already a cyberbully or close to becoming one.

1. You Have A History Of Bullying Either In The Physical Or The Virtual World 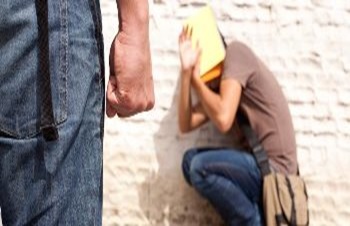 “Come here and give me your lunch money in return for some personal sibling love.”

Not in the way sisters love to bully their personal slaves (siblings), but in the sense that you have caused someone great distress by bullying them. It can be a great indication that you might have a propensity for bullying.

2. You Are Swayed By The Influence Of Violence Exerted Around You 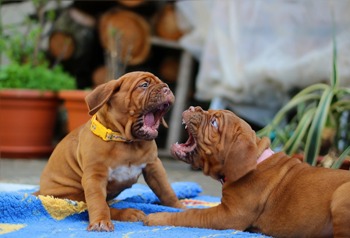 “No you’re not getting my yellow collar!”

Bullying in general is inflicting negative actions or violence to cause discomfort in the victims. Sometimes, this inclination can be genetically predisposed. Over the years many researchers have contributed to proving this theory. Vygotsky’s sociocultural theory in the 1930s suggested that the use of violence is the result of power differences between different social groups. This is what is seen in schools these days where the reserved groups are often oppressed by the popular cliques that are generally perceived as the more powerful social group. This is what we ultimately call bullying. We can also take family influences into the bargain. Studies have shown that parents and siblings play a vital role in moulding an individual’s perception of violence. The more exposed you are to violence and bullying in your everyday life, naturally the more influenced you will be to employ violence to obtain what you want.

3. You Repeatedly Choose Aggressive Language Online Over Civility To Voice Your Opinions 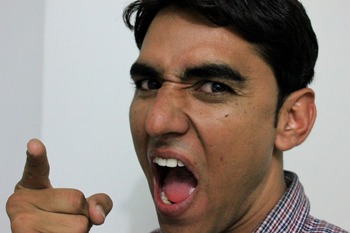 “Hear me out! This threat is to you, of course behind the cover of internet.”

Internet users believe that their confrontational behaviours online cannot be traced back to them, hence the perception of anonymity that encourages cyberbullying. They are not particularly afraid of being discovered or identified. The sense of morality and righteousness are, hence, absent in cyberspace. Furthermore, you cannot exactly know how the person you are attacking with your indecent comments might actually feel on the other side of the computer, can you? Even if you have an idea, it would not in the least bother you or affect your life. This lack of fellow feeling, empathy and consideration may as well serve as a clear manifestation of your inclination to bully others callously. You take advantage of the paucity of tangible feedback from the people you bully online.

With that in mind, have you ever threatened someone online with physical harm? This is where it gets dangerous, not only for the victim, but also for you. Ask.fm is a very popular social networking site which allows the benefit of anonymity. Hannah Smith, a 14-year-old girl from England hanged herself due to intolerable taunts by anonymous users mocking her weight. Her cyberbullies asked her to drink bleach and even cut herself. After her suicide, her father discovered a note Hannah had written: “As I sit here day by day I wonder if it’s going to get better. I want to die, I want to be free. I can’t live like this anymore. I’m not happy”.

4. You Favour Posts That Are Insulting And Scornfully Abusive In Nature 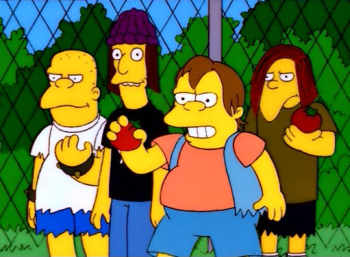 “Come on friends, let’s gang up on that innocent victim.”

These types of posts may be directed to one particular person. Instead of either defending that victim or just simply stepping aside, you choose to join hands with the other cyberbullies to put that victim down. Whatever may be your reason, you enjoy the thrill of riding roughshod over that person with your fellow cyber-tyrants. That said, you have your own group of cyberbullies that constantly pick on your rather taciturn victims who wouldn’t say boo to a goose. You feel as though you have some sort of power over your victim and that you can get away with everything that you say or do to that person.

5. You Take Absolute Pleasure In Embarrassing And Causing Fear In Others 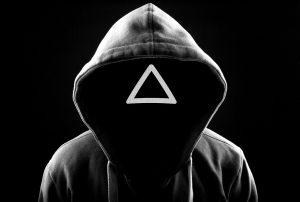 “All just part of the game.”

You take absolute pleasure in embarrassing and causing fear in others just because they do not conform to your standards of social norms. There is a clear line distinguishing jokes from insults. It is important that you keep your sense of humour in check. While it might amuse you, others might find it incredibly offensive. On top of that, you are against those who do not follow convention or behave according to the current socially acceptable standards and this reduces the likelihood of an empathetic reaction from you. Gay and lesbian youths are two to three times more likely to attempt suicide than heterosexual young people. The bullying of Kenneth Weishuhn Jr. (1997-2012) began when his classmates created an anti-gay Facebook group, directed mainly towards Kenneth himself. His own friends turned against him when had “come out”. And yes, Kenneth did take his life following the wave of hate thrown in his way by the cyberbullies. This proves that cyberbullying is just a modern twist in the good old bullying, which harms the psyche more than the physique. The only difference is that cyberbullies have the advantage of unlimited anonymity. Try to identify if you have ever outwardly expressed your hate for someone who did not adhere to your established set of beliefs, especially online.. 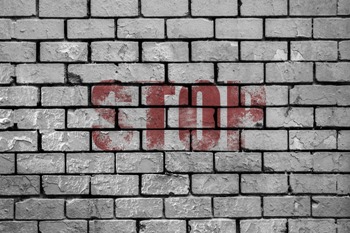 “No you’re not cool as a cyberbully. Stop it.”

“If you think you are a cyberbully or might become one, it is vital that you seek help to put a stop to your behaviour because the consequences of your actions take a toll on everyone that is involved. You could think that you don’t have anything to lose by virtually bullying others, but you should remember that these days, many preventive measures are being taken around the world to stop bullying. With that comes a great deal of law enforcement, which could get you into a whole lot of trouble. Even a slightly mean comment can cause anguish to others. Constructive comments are mostly welcomed, but cyberbullies have the lone intention of demotivating their victims. Don’t be a cyberbully. In fact, don’t be any sort of a bully. If you have nothing nice to say, say nothing at all.

6 Types Of CyberBullying. Are You A Victim?